I am a believer that things happen for a reason. Times like this make it extremely tough to stand by that belief, but it is engrained in me and it holds strong.

Typically when Clay, my 7 year-old, wakes up he slowly strolls his way from his bedroom to the couch and turns on his current favorite, Scooby Doo. So when I heard him meandering down the hall, that’s what I expected him to do. To my surprise, he started walking around the house calling my name. I immediately went to him and asked what was wrong. He grabbed me for a hug and said he had a bad dream. I sat with him to ask if he’d like to tell me about it. He hesitated but then decided to share. He dreamt that there was a fire in our house, and immediately my heart sank. What a scary thing for him to dream about. With all the turmoil going on around us right now, I’m sure his brain is trying to make sense of it all, and figure out what this “new” normal is going to look like. My grandmother used to decode dreams, I’d love to know what she would say about this one!

Anyhow, I asked him how the dream ended. He said he ran out of the house after stopping first to grab Monkey (his camouflage lovey of many years), and his iPad (naturally, a prized possession – insert eye roll). He said he was able to escape the fire and run to Route 8 after using the map on his iPad! Wow. I was blown away, and emotional. In his 7 year old mind, he thought to grab the things that are most important to him. I believe those are the items he would choose, if something like that were to happen (prayers please) in real life.

That made me consider, what would I choose to take with me? Naturally my children would be first but I’m talking purely about “things”. What cannot be replaced? Photos, computer back up drives, family heirlooms, a wallet maybe? That got me thinking, I can make all these things digital with the exception of my wallet, which probably is replaceable, other than the cash. And let’s be honest, I don’t carry much cash around anyways!

In the moment I thought to myself, I’m in good shape. I back up the important things on FOREVER.com and the rest on iCloud. Then, like magic a box popped up, glaring at me from the top right-hand corner of my computer stating that my iCloud storage is almost full. Not that iCloud storage is full-proof, let’s be honest here. If you stop paying that bill, your photos stop being safe, for example. I could go on, but that’s not what I’m talking about today.

I am talking about saving photos, in an organized (which is a bonus) and permanent way. So I will start today, organizing my photos. I’m going to do 30 minutes every day until it is done. Most of the photos I have printed are of my life, my children’s lives remain stuck in my phone. I’m going to begin with my actual printed photos, and move on from there.

Check out my albums HERE.

Or start your own FOREVER album HERE!

We Are Living History 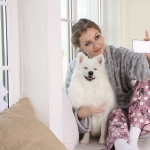 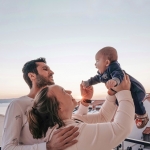