A beautiful article about my book, How to Change the Lightbulbs When I’m Gone, by Jeff Trotter

One writer’s bright idea touches his family and many others

It’s funny how events in our lives direct us down paths we never could have imagined.

Such an event occurred 11 years ago at the passing of Oscar Federbusch, a lake resident since 1989. Connie, his wife, and children Scott, Ryan and Robyn grieved much, of course, but out of that event emerged a golden legacy that would surprise them all.

It all began one terrible day in a doctor’s office in 2010. Cancer, the doctor said.

The family went into shock, as could be expected. But Oscar, a man of action, wasted little time. He quickly realized that there were many things his family did not know about—including simple things such as where the new lightbulbs were stored. So, picking up a notebook at a nearby Dollar Store, he began what would become a two-year project.

Oscar had amazing insight. “He carried that notebook with him everywhere he went,” Robyn remembers, “just to be sure he could write down everything he thought of.” “He used to joke that my mom would live in the dark because she didn’t know where the lightbulbs were.

Oscar was one of those husbands and fathers who liked to take care of everything he could for his family, but that meant that Connie and the kids didn’t know many details about how things were done—Oscar just made them happen, and they got used to his doting care.

After his passing the family found Oscar’s notebook invaluable, a resource they counted on over and over again in the years following. It wasn’t just informational, however—it was inspirational. It was a way that Oscar found to communicate with his family long after he left this life.

That’s where the legacy part comes in. Oscar’s youngest, daughter Robyn, realized that her dad’s notebook was a treasure trove of info that others, too, would be blessed by: “We used it as a resource in our own family,” Robyn says, “and found it to be so valuable, that I created one for others to use.” She goes on to say that, “I always watched my father—I watched him work around the house…and I watched him work professionally, his career ever-shifting into what he most liked to do, which was build businesses.”

That book is called How to Change the Lightbulbs When I’m Gone, a name Robyn chose in remembrance of Oscar’s joke based on no one knowing where the lightbulbs were stored. (You can watch a brief video in which Robyn describes the book by going to vimeo.com/506065701)

Oscar’s influence didn’t only inspire Robyn to publish his notes, but also to start her own company. “I work every day to honor him with what we do,” she says. “My brother used to say that everything my dad touched turn to gold because he was such a savvy businessman. I have learned from my dad that hard work pays off, to take opportunities when they present themselves, to not be afraid to take risks, and to be good to those whom you love.”

Here is a sample of the invaluable details found in the book:

“My dad has been gone now for 11 years,” Robyn says. “During those years there have been SO many questions we have wanted to ask him! Lucky for us, many of those answers are in his little Dollar Store notebook that he kept. We still, to this day, open that book when we have a question.”

The book is “truly a tribute to him and all that he has done for our family. The way that he protected us, planned for us, took care of us, and loved us. It shows in everything he did, and still does even when he’s not here.

“How to Change the Lightbulbs When I’m Gone has been on my mind to write since he passed 11 years ago. It finally came to fruition a few months ago and I have been so humbled and shocked at the response I have gotten already. I am so grateful for every hand that a book reaches because that is one less family who will have to live in the dark.”

[Note: How to Change the Lightbulbs When I’m Gone can be found on Amazon or on Robyn’s website, SecuringMemories.com.] 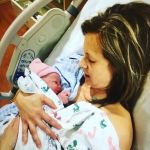